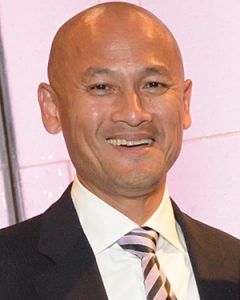 On June 14th, 2011, Rich became the General Manager of the Charlotte Bobcats/Hornets. He collaborates with Bobcats President of Basketball Operations Rod Higgins in areas including player acquisitions, salary cap management and compliance with league rules and the collective bargaining agreement.

A native of Burma who immigrated to the United States with his family in 1968 when he was three years old, Cho became the first Asian-American general manager in American major league sports when he served as General Manager of the Portland Trail Blazers in 2010-11.

Prior to his stint in Portland, Cho spent the previous 10 seasons as Assistant General Manager of the Seattle SuperSonics/Oklahoma City Thunder. Cho entered the NBA as an intern with the SuperSonics in 1995 while earning a law degree from Pepperdine University School of Law. After serving as a part-time consultant for the SuperSonics in 1997, Cho was hired as the team’s Director of Basketball Affairs in 1998 before being promoted to Assistant General Manager in 2000. A member of the Washington State Bar, Cho also served as Vice President of Legal for the SuperSonics from 2005-07 in addition to his duties as Assistant GM. In that role, he was responsible for all legal work involved with sponsorship agreements, licensing issues, employment contracts and immigration issues. Following the team’s move to Oklahoma City, Cho also oversaw the Thunder’s D-League affiliate, the Tulsa 66ers, and their run to the championship game in 2009-10.

Cho earned an engineering degree from Washington State University and worked as an engineer at Boeing in Seattle from 1989-94 before leaving to enroll at Pepperdine University School of Law in order to pursue his passion in professional sports. His law degree from Pepperdine includes an emphasis in sports law, contract negotiations and dispute resolution.

During his internship with the SuperSonics, Cho, along with two Microsoft programmers, helped design and implement one of the NBA’s most advanced and comprehensive college and professional player-evaluation systems that integrates player statistics, scouting information and contract details.

An avid explorer of restaurants and cuisine, Cho enjoys staying active by playing basketball, tennis, ping-pong and softball in his spare time. He and his wife, Julie, have two daughters, Miranda and Annika.